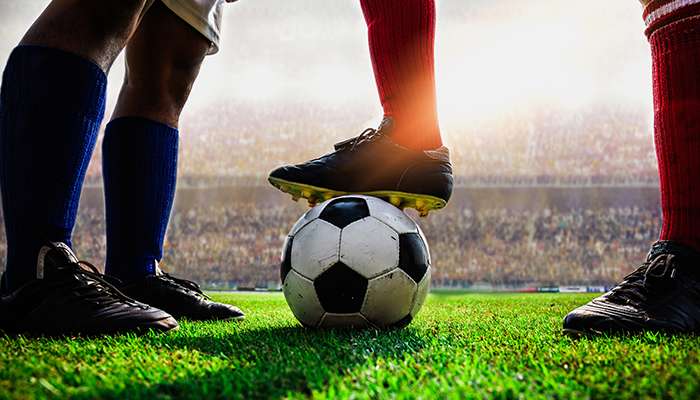 Euro 2020 has been a long time coming, but now it’s right around the corner. Teams will need to have their tactics figured out soon, but many question marks still remain over team selection.

One such question that faces England manager Gareth Southgate is how he will utilise his striking options. England’s captain Harry Kane will almost certainly be first-choice, but who might be brought in if Kane is injured, out of form, or rested? Let’s take a look at some of the candidates the England manager has to choose from.

Known for his off the field charity work as much as he is for his antics on it, Marcus Rashford has impressed with his work rate and intelligent link-up play in recent seasons. The Red Devils have spread their goals throughout their impressive strikeforce this season, but Rashford has played a starring role, netting seven times this term.

However, Rashford has scored the fewest Premier League goals this season out of any of the players we list here. It is worth noting that Rashford has been utilised out-wide for his club, meaning he will likely not go head-to-head with the others in selection due to this.

Everton manager Carlo Ancelloti put plenty of faith in young striker Dominic Calvert-Lewin when he arrived at Everton last season. That faith has been rewarded, with Calvert-Lewin scoring 11 goals so far this Premier League season.

Calvert-Lewin’s success at club level has been recognised in the international setup, with the Everton forward making his first five appearances for the Three Lions, grabbing two goals. His relative inexperience may mean Southgate will see him as an impact substitute, though.

A real dark horse when it comes to selection, Patrick Bamford has not been capped for the England senior team and has even been courted by the Republic of Ireland. However, his role in Leeds United’s swashbuckling attack cannot go unnoticed, and Bamford has an impressive 10 league goals.

With the tournament fast approaching, it would be a big ask for Bamford to integrate into the England setup that quickly though. Perhaps Bamford’s time for England is further in the future, but who knows what the rest of the season will bring.

Gareth Southgate may call on seasoned veteran Jamie Vardy for the upcoming tournament. Leicester’s fox-in-the-box shows no signs of slowing down despite his age, scoring 11 league goals so far this season, although his retirement from the international game in 2018 may be a big hindrance to his return.

Despite Vardy’s impressive return, international teams should always seek to build for the future. The England manager may decide to make room for fresh, young talent, meaning Vardy may miss out on the chance to be a part of the squad even if he comes out of retirement.

Another striker with plenty of experience, Danny Ings has been a revelation at Southampton following his lacklustre spell at Liverpool. The 28-year-old striker has recorded an impressive seven goals and three assists in 13 appearances for the Saints this campaign.

Having spent most of his early career playing in the lower divisions, Danny Ings received his first cap for the England senior team in 2015. However, he has only gone onto make a total of three appearances since his debut. It would be surprising to see Gareth Southgate choose a striker who hasn’t been in his plans so far, but the Southampton forward’s eye for goal can’t be denied.

Gareth Southgate will have plenty of tough decisions to make once the tournament begins. Keep an eye on the England team sheet and our news coverage to see which of these strikers is favoured.