Wales Euro 2020 : Everything you need to know about The Dragons 🏴󠁧󠁢󠁷󠁬󠁳󠁿

Having reached the semi-finals in 2016 during their first Euro, the Dragons will want to go even further this year at Euro 2020. Will they be able to do it?

After their Euro 2016 achievement where they reached the semi-finals, Wales are on the road to Euro 2020. After failing to qualify for the 2018 World Cup, Wales made up for it by finishing second in their Euro 2020 qualifying group behind Croatia. By bouncing back, they have shown that they are a solid team.

Wales will be looking to repeat their previous achievement with a strong team built around stars Gareth Bale and Aaron Ramsey.

During Euro 2021, Wales will rely on a pool of experienced players such as Joe Allen and Gareth Bale in addition to promising young players such as Daniel James and Rabbi Matondo.

For their second time around, the Dragons will want to use a mix of youth and experience.

The list of Wales’ 26 players has finally been announced. The team’s main stars will be present: Gareth Bale, Aaron Ramsey and even Joe Allen.

This Welsh football icon has been at the helm of the Dragons since he replaced Chris Coleman in 2018. It is the first time out of the gate for this former Manchester United star, after having been assistant manager at Man-U. His first matches have, so far, been a success, seeing as he has led his team to qualify for Euro 2020. He has also led the Dragons to be promoted to League A in the Nations League.

Ryan Giggs won’t be taking charge of Wales at EURO 2020. Assistant Rob Page will lead the team in his place

Wales will be wearing their traditional red at home. They’ll wear yellow for their away games.

Wales are in group A for Euro 2020. It is a tough group with favourites Italy, Switzerland and Turkey. The Welsh team will start against the Swiss in a match that will have a large impact on how Wales progresses.

🏃Wales’ preparation for the Euro

While waiting for the Euro, Wales participated in the Nations League in League B and finished first in the group with Finland and Ireland. The Dragons were then promoted to League A.

The Results of the Nations League

Before starting the Euro, Wales will play two qualifying matches for the next World Cup 2022 in Qatar against Belgium and the Czech Republic followed by a friendly match against Mexico.

The Tottenham striker is the big star of this Welsh team. After two complicated years with Real Madrid, Gareth Bale has been reborn with Tottenham Spurs. He rarely disappoints with his national team and with 85 caps, he is a leader on and off the pitch for this young team. The great Bale can help Wales repeat their 2016 performance. 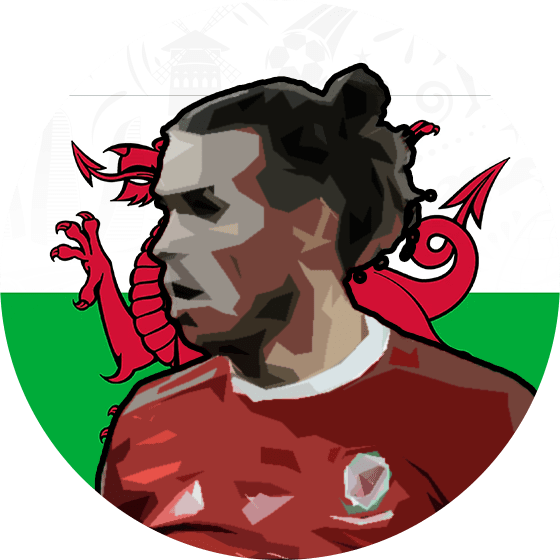 Like Bale, Aaron Ramsey has been a fixture in the national team for over a decade. After 11 years with the Arsenal Gunners, the midfielder is now with Juventus in Turin. He balances out this Welsh team well, and his performances impact on those of the teammates.

📚 Stats and history: Wales at Euro

Apart from Italy, the group’s favourite, Wales is in a fairly well-matched group with Switzerland and Turkey. They are three teams of a roughly similar level.

Favourites of the group, Italy should make it through to the next stage without any trouble

Turkey is not used to getting out of the group stage (quarter-finalists in 2000 and semi-finalists in 2008). The task will not be easy. They’ll have to fight for second place.

The Nati continue to improve. All they need is a real standout performance on the international stage to continue their progress.