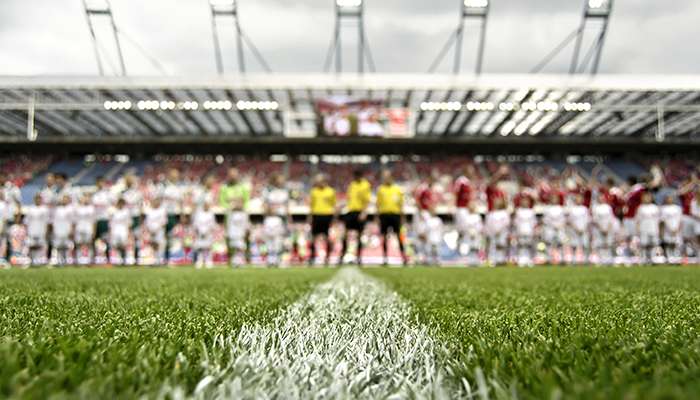 The latest European Championship tournament was due to be held across Europe in June and July this year, with the semi-finals and final booked in to be played at Wembley Stadium in London.

However, that has all now been shelved and the competition, traditionally held every four years, has now been moved back to next summer.

UEFA, who held a crisis meeting with various European FA’s and other stakeholders on Tuesday, have earmarked June 11 through to July 11 in 2021 for the rearranged competition and it seemingly wouldn’t impact on other events, scheduled for around then, too much. There are some suggestions though that the Women’s Euros, set to be hosted in England, may have to be moved too.

It had been speculated on for several weeks that the Euros could be moved after the emergence of the Coronavirus epidemic as the various FA’s attempt to find ways to finish their respective domestic campaigns, which have virtually all been put on hold in the past week due to the outbreak.

There remains plenty of uncertainty over what happens next, as sadly the death toll from the virus continues to rise at a rapid pace, but it’s hoped the outbreak will peak and then eventually stabilise, giving football authorities across the continent the chance to fit in the remaining games from the current season.

Europe has become the epicentre of the Coronavirus pandemic, with France on Tuesday having joined Italy and Spain in bringing in strict lockdown measures and European leaders are also banning all non-essential travel in the continent.

The competition was due to be held in 12 different cities across the continent this summer, from as far apart as Dublin in the Republic of Ireland to Bilbao in Spain, while games were also due to take place in Saint Petersburg in Russia and Baku in Azerbaijan.

It’s unclear if the planned pan-European structure will remain in place for the new ‘Euro 2021’ tournament, with details yet to be officially signed off by UEFA, but the governing body did release a lengthy statement detailing the changes.

Part of the statement read: “It was important that, as the governing body of European football, UEFA led the process and made the biggest sacrifice.

“Moving Euro 2021 comes at a huge cost for Uefa but we will do our best to ensure that the vital funding for grassroots, women’s football and the development of the game in our 55 countries is not affected.

“Purpose over profit has been our guiding principle in taking this decision for the good of European football as a whole.”

Portugal are the current reigning European champions, having triumphed in France in 2016, and England, Wales, Italy, Germany, Netherlands, Belgium and Spain are among the 20 countries to have qualified already, while 12 were still in with a chance of making it through the play-offs, from which four will eventually prevail.

However, those games – which were due to start this month – will obviously not take place for the foreseeable future and the final qualification places will have to be finalised at a later date.

Euro 2021, planned for this summer, has been postponed and will now be held in 2021 due to the ongoing Coronavirus crisis.