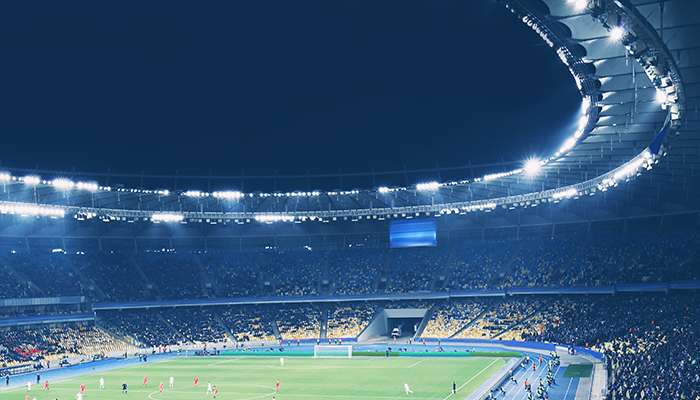 The Euro Championships get underway on June 11 and we’ve taken a look at the coaches who will be attempting to lead their respective nations to glory across the continent.

Former defender Foda was appointed to his current role with Austria in January 2018 after several spells with Sturm Graz and a stint at Kaiserslautern.

The 54-year-old led Sturm Graz to the Austrian Cup in 2009-10 and followed up that success with the Austrian Bundesliga title in 2010-11.

Austria’s absence from the 2018 World Cup means this will be Foda’s first taste of a major competition with Das Team.

The Spaniard is under a huge amount of pressure to take Belgium all the way at the European Championships after reaching the semi-finals at the 2018 World Cup.

Martinez, who was appointed in the summer of 2016, oversaw a hugely successful qualifying campaign as Belgium won all 10 of their matches, scoring 40 goals and conceding just three.

Dalic’s managerial career had gone largely under the radar after spells in his homeland and Saudi Arabia but he came to the fore with Croatia at the 2018 World Cup.

The 54-year-old guided the nation to the final of the competition, where they lost to France, but he has since come under fire after some underwhelming performances in the Nations League.

Silhavy cut his managerial teeth with eight different posts in Czech domestic football before replacing Karel Jarolim with the national side in September 2018.

The 59-year-old has made the Czechs tough to beat and they recently held Belgium to a draw in World Cup qualifying, while earning a victory over England in a qualification tie for the Euros.

Hjulmand was set to take charge after the conclusion of the European Championships last summer upon the expiration of Age Hareide’s contract.

The postponement of the competition means the Dane has the pleasure of leading his home nation out at the rearranged tournament.

Southgate set the bar high at his first major tournament in charge as he led England to the semi-finals of the 2018 World Cup.

The former England under-21 coach has a vast amount of options to choose from and he will be expected to take the Three Lions to the latter stages.

Kanerva sealed legendary status in his homeland after securing qualification to a major competition for the first time in Finland’s history.

The 56-year-old, who played 59 times for The Eagle-owls, is well respected by the Finnish FA after previously spending six years in charge of the under-21 side.

Rossi is a vastly experienced manager, spending time in nine different roles before taking up his current position for Hungary.

The Italian played under Marcelo Bielsa at Mexican outfit America and cites the Argentine as a big influence on his managerial style.

Mancini was hugely decorated as a player and has continued to win silverware during his managerial career with the likes of Fiorentina, Lazio, Inter Milan, Manchester City and Galatasaray.

The former Italy international has been in his current post with the Azzurri since May 2018 and he set a new record as they won 11 in a row between November 2018 and November 2019.

De Boer is the second most capped outfield player in the history of the Netherlands national team and he was appointed manager in September 2020 after Ronald Koeman moved on to Barcelona.

He was assistant boss to Bert van Marwijk when Oranje finished runners-up at the 2010 World Cup but has endured a difficult start to life as head coach, becoming the first-ever Netherlands boss to fail to win any of his first four fixtures.

Angelovski has the privilege of being in the dugout at North Macedonia’s first-ever appearance at a major competition this summer.

The former midfielder spent a brief spell as assistant boss before taking the senior position in 2015, while he started out his managerial career with Rabotnicki and led them to two Macedonian Cup victories and the First League title between 2013 and 2015.

Sousa was appointed in January 2021 and will have just four games to get to grips with his squad before they kick off their Euros campaign against Slovakia on June 14.

He is somewhat of a nomadic coach and has spent time in charge of clubs in England, Hungary, Israel, Switzerland, Italy, China and France.

Cherchesov won 39 caps as a goalkeeper for Russia before stepping into management with Kufstein in 2004.

The 57-year-old enjoyed spells at seven other clubs, including Spartak Moscow and Legia Warsaw, before agreeing to link up with the national side in 2016.

Clarke secured Scotland’s first appearance at a major competition since 1998 after taking his home nation through the playoffs.

The former Kilmarnock boss, who has spent time in the assistant role at Liverpool and Chelsea, has been in charge of the Scots since 2019.

Tarkovic spent a brief spell in charge of Slovakia in October 2018, albeit as a caretaker boss, and was appointed manager on a permanent basis in October 2020.

Slovakia have tended to opt for managers who enjoyed strong playing careers in the past but Tarkovic’s career was over before it started due to a string of serious injuries.

Enrique enjoyed huge success as manager of Barcelona between 2014 and 2017, winning nine trophies, including the Champions League in 2014-15.

He was drafted in by Spain in 2018 and stepped down in June 2019 citing personal reasons, although the former La Roja international returned to the position in November that same year.

Andersson linked up with Sweden after a disappointing display at Euro 2016 when Erik Hamren was sacked following a seven-year spell at the helm.

The Halmstad-born 58-year-old led Blagult to the quarter-finals of the 2018 World Cup and they finished second to Spain during qualifying for the 2020 Euros.

Gunes spent four years in charge of Turkey between 2000 and 2004 and he returned for his second stint in 2019.

Turkey finished third at the 2002 World Cup and Gunes, who went on to be linked with Greece, Brazil and Spain, won the UEFA Coach of the Year award that year.

Shevchenko is Ukraine’s all-time top goalscorer, netting 48 goals in 111 appearances, and has been on the managerial staff since 2016.

The 44-year-old worked briefly as an assistant coach and was named head coach shortly after the nation’s elimination from Euro 2016.

Page was placed in caretaker charge in November 2020 after enjoying a two-year stint in charge of the under-21s.

The former Wales international started his managerial career with Port Vale and also had a 34-game spell in the dugout with Northampton.

Two-time winners France are heavily fancied to go all the way after Deschamps oversaw a successful World Cup campaign in 2018.

Deschamps, who won the Euros with France as a player in 2000, has been in charge since 2012 and was in the dugout when they finished runners-up in 2016.

After two years in the role of assistant coach with Germany, Low took the top job in 2006 and has been hugely successful.

He landed the World Cup in 2014 and finished runner-up at the Euros in 2008, while Germany have reached at least the semi-finals in each of the three continental competition appearances with Low in charge.

After a four-year stint in charge of Greece, Santos jumped at the chance to step into the dugout with his home nation Portugal in 2014.

Portugal won the 2016 edition of the Euros under Santos’ guidance, adding to silverware won in his previous roles with AEK Athens and Porto, while they also lifted the first UEFA Nations League trophy.

Petkovic has been sitting comfortably in his role since 2014 after previous spells with the likes of Lazio, Sion and Young Boys, among others.

Switzerland reached the last-16 at the 2016 Euros and 2018 World Cup and continue to perform positively under Petkovic after topping their group in qualifying.

Ten different nations have won the European Championships since its inception in 1960, with 14 captains having the privilege of…

The coaches who have made a mark on Euros history

Few countries can match Germany's level of success at the European Championships, Die Mannschaft winning a joint-highest three tournaments, while…