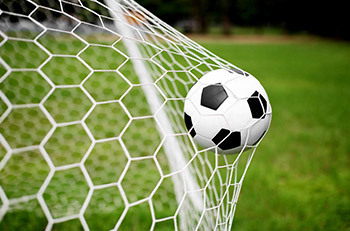 Arjen Robben has revealed he would be open to coming out of international retirement to represent the Netherlands at this summer’s European Championships.

The evergreen 36-year-old won the last of his 96 caps back in 2017 and he announced his retirement from international football after the Oranje failed to qualify for the 2018 World Cup.

However, current Dutch boss Frank de Boer suggested over the weekend that he would be open to recalling the former Bayern Munich, Real Madrid and Chelsea star to his squad for this summer’s Euros, leading to speculation the winger could make a sensational return to the international stage.

It would not be the first time that Robben has performed a U-turn, as he retired from playing altogether after leaving Bayern at the end of the 2018-19 campaign, only to overturn that decision by joining boyhood club Groningen the following summer.

Robben’s return to playing has not been a smooth one, as he injured his groin on his first appearance of the season against PSV Eindhoven back in September and, barring a brief return against Utrecht the following month, he was sidelined until April.

There had been speculation that Robben would once again retire during his injury absence, but following a couple of cameo appearances from the bench, he made his first start in seven months against Emmen on Sunday, providing two assists in a 4-0 win.

Following that match, Robben was asked about the suggestions he could now make a return to the international stage with the Netherlands, and he certainly appears to be interested in exploring that possibility.

Asked what his response would be if he were to receive a call-up, Robben told reporters: “Then I’ll come! When I started this last summer, the Euros was something of my wildest dreams.

“Firstly I want to stay realistic and see how things go in the coming weeks. Then we’ll see further.”

Robben certainly has plenty of major tournament experience, as he has represented the Netherlands at three European Championships and three World Cups during a 14-year international career, helping his country to the final of the latter competition in 2010.

The Netherlands have been drawn in Group C for this summer’s delayed European Championships alongside Ukraine, Austria and North Macedonia and all three of their group fixtures will take place on home soil at the Johan Cruyff Arena.

De Boer’s side will play warm-up matches against Scotland and Georgia prior to the finals getting underway and if Robben does return to the squad, then he could become only the ninth Dutch male to win 100 caps for his country