Portugal Euro 2020: Everything you need to know about Seleção 🇵🇹

As everyone looks forward to Euro 2020, we take a closer look at one of the favourites for this competition. Today, let’s focus on Portugal.

Five years after Euro 2016, Portugal will defend their title. Winners against France in the 2016 final, Portugal have been the champions of Europe since then. And they will be one of the favourites again this year.

At the 2018 World Cup, the Portuguese lost in the round of 16 against Uruguay. A defeat that was hard to swallow, but since then they have been back on track and have won the 2018/2019 Nations League.

Portugal will obviously be a nation to watch at Euro 2020 and the Seleçao will have a target on their back. The only team that has retained its title at the Euro is Spain in 2008 and 2012. To do likewise will be a great challenge for Portugal.

Portugal will defend this trophy with a good mix of youth and experience. On the one hand, the oldest guys (Ronaldo, Moutinho, Pepe) and on the other a lot of young talents (Felix, Ruben Dias). That mix could achieve a lot of great things at Euro 2020. 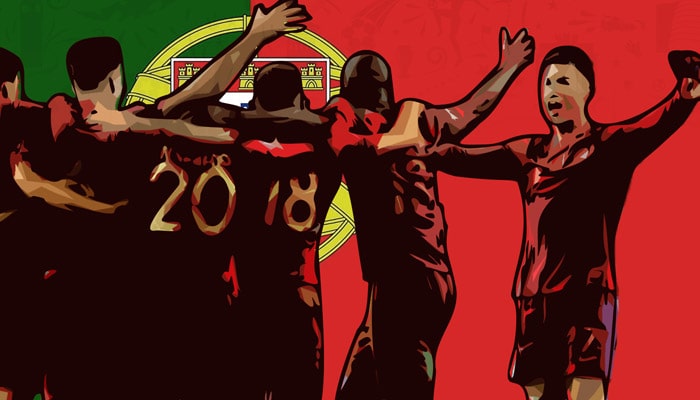 Fernando Santos has announced his list of the 26 players who will compete at Euro 2020 in June. Most notable in this lineup are Lyon’s Anthony Lopes and the indispensable Cristiano Ronaldo.

Manager of Portugal since 2014, he has immediately changed the team to achieve success at Euro 2016 in France. After well-handled World Cup 2018 qualifiers, he led Portugal to victory during the last Nations League, beating the Netherlands in the final.

Classic red for home games, original for the away games. A jersey that is very appreciated.

During this Euro 2020, Portugal will be in the death group. It will face France, Germany and Hungary.

The game against France will be a remake of 2016 final. But Germany will also be a tough opponent and Portugal won’t be able to let a game slip.

A victory against Hungary seems mandatory to go through to the second round.

🏃Portugal’s preparation for the Euro

With only one defeat and two draws, Portugal finished second in its group during qualifiers behind Ukraine.

Portugal has been consistent in the Nations League. In group A3, Fernando Santos’s team has beaten Croatia 4-1. It has also been better than Sweden but eventually lost against France during a crucial game. Therefore Portugal won’t be able to defend its title in that competition.

3 qualification games for World Cup 2022 before the Euro

Before the Euro, the Seleçao has 3 games to play for World Cup 2022 qualifiers. Portugal will face Azerbaijan, Serbia and Luxembourg.

Many Portuguese players deserve to be praised, such as the solid defender Ruben Dias, the versatile midfielder Bruno Fernandes or the very promising Joao Felix.

But it is impossible not to talk about Cristiano Ronaldo. He is the player that best represents the Seleçao. Captain of the team, he has scored more than 100 goals for Portugal.

Against Sweden, he scored his 100 and 101st goals for his national team. Two goals that made him a bit more of a legend

Despite his age, Cristiano Ronaldo remains at the top of this game. He should be a star of Euro 2020. 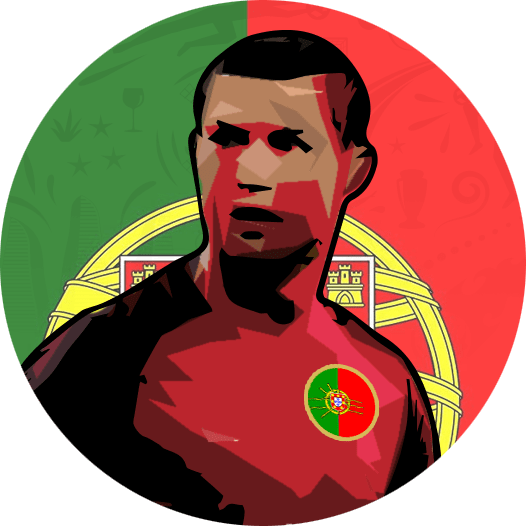 Manchester United’s playmaker shines in England and is actually the 3rd best scorer in the Premier League. He was not there for Euro 2016 and wants to help his team conquer another trophy this year. He will be important if Portugal wants to reach the final. 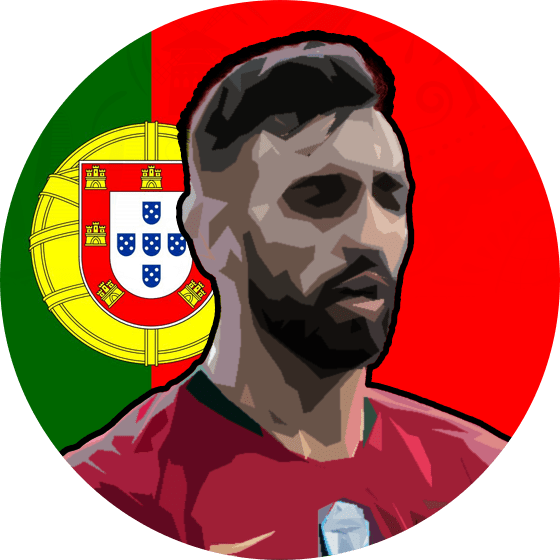 Big 3 points! @EuropaLeague up next! 🔜 pic.twitter.com/PN9MRoW6YZ

📚 Stats and history: Portugal at the Euro

Created in 1960, the Euro has a rich history. Portugal’s history in this competition is memorable too. Look back on 60 years of history through a few numbers.

Portugal will feature in the “death group” with France, Germany and Hungary. It is hard to predict who will come out of this group.

The world champions will have another chance against Portugal after the Euro 2016 final.

After France, Portugal will face another big team: Germany. That game could be decisive.

Unlucky to end up in this group, the promising Hungary will have nothing to lose.