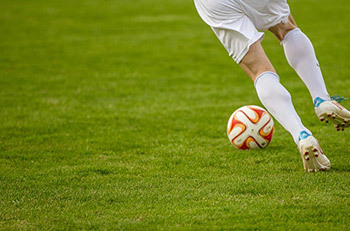 Fifty-five years on from the Three Lions’ finest hour, the man whose goals clinched England’s World Cup triumph has heaped praise on the current England manager.

“As in our time Sir Alf Ramsey was instrumental and then deserved a lot of the credit, Southgate does today,” said the former West Ham striker. “He is honing them into a team and got them mentally and physically fit. We’re all very proud of them.”

Coming into the 1966 World Cup, England had failed to make the last four in four previous tournament appearances under Walter Winterbottom. And yet, the introduction of Ramsey, who joined set-up after orchestrating the meteoric rise of Ipswich Town from English football’s Third Division South to the top flight, long remained the most successful managerial appointment in the history of the national team.

But with Southgate steering England to back-to-back semi-final appearances for the first time ever after their showing at the 2018 World Cup – and now, this week, reaching a final – the ex-Middlesbrough boss finds himself at the centre of a tidal wave of respect and recognition.

In the days following the dramatic extra-time victory over Denmark, all manner of reports have surfaced in a country gripped by anticipation: zoo animals rechristened ‘Gareth’ and a boom in the sale of polka-dot ties – mimicking the design sported by Southgate on the touchline – have accompanied the re-dubbing of pop songs in the former defender’s honour.

But the England helmsman was quick to acknowledge the difficulty of the task that remains.

“We’ve got to enjoy the fact we’re in the final, but there’s one more massive hurdle to conquer,” said Southgate, looking ahead amid euphoric scenes at Wembley after the semi-final win, labelling his upcoming opponents a “fantastic team”.

England face an Italy side buoyed by a penalty shoot-out win over Spain on Tuesday night, a victory that marked the latest instalment in a mammoth 33-game unbeaten run.

Roberto Mancini’s charges swept aside Turkey, Switzerland and Wales to qualify from Group A with an unblemished record, before seeing off Austria in extra time, World Cup semi-finalists Belgium and finally Luis Enrique’s men at Wembley.

Hurst echoed Southgate’s post-match sentiment: “I predict it is going to be a very tight game between two fantastic teams. I can’t see a 4-2 scoreline like we saw in ’66.”

Hurst added: “It will be very hard – as it’s proved for the last 55 years – for a player to score three. But I’ve had a great record and someone’s got to do it (one day).

“But it’s not about an individual scoring three. It is just about, as it has been right the way through, a great team winning.”

As Denmark's Euro 2020 run comes to an end at the hands of England, coach Kasper Hjulmand admits that the…