France Euro 2020: Everything you need to know about Les Bleus 🇫🇷

Winner of Euro 2000, quarter-finalist at Euro 2004 and 2012, finalist in 2016: France is one of the most dominant nations in the competition. Here is an overview of the nation that will once again be a favourite in this competition.

France will start Euro 2020 with a revengeful spirit, five years after they lost the final to Portugal. Even if the 2018 World Cup went their way, there is no doubt that some players have not forgotten this defeat.

These players will certainly want to forget this disappointment by winning the Euro, almost 20 years after their elders. If all goes well, they will also be able to count on an additional weapon: Kylian Mbappé.

While Didier Deschamps regularly calls new players, the French national manager relies mainly on experienced players. With a mix of mature players (Griezmann, Lloris, Giroud…) and young talents such as Kylian Mbappé, France is today considered as one of the top teams in the world. 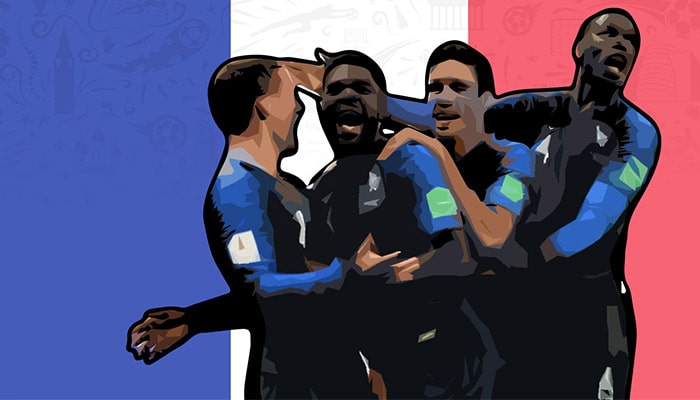 After winning the World Cup in 2018, Les Bleus will go into Euro 2020 as strong favourites. Didier Deschamps had the opportunity to select 26 players for the competition. The main surprise came in the form of Karim Benzema, who was ousted from the team in October 2015. This return could be beneficial for France!

Didier Deschamps in the Hall of Fame of French managers

Chosen to lead France after Laurent Blanc, Deschamps has achieved great results. Having lost in the quarter-finals at Euro 2012 and World Cup 2014, his team managed to later reach the final of Euro 2016 and won the World Cup 2018. This success is the result of many years of hard work, and his great bond with his players.

France is now among the favourites for Euro 2020 and Deschamps will probably stay until the 2022 World Cup in Qatar so he still has two chances to shine with France.

France keeps the colours that have made the blues so successful. Red stripe on a blue background. Simple white, for away games.

France will be in the toughest group at Euro 2020: group F, also called the death group. France will play against Germany, Portugal, a bad memory from 2016, and Hungary.

The first game against Germany will be crucial and difficult, as the Mannschaft will play at home. This game will be played in Munich, one of the 12 stadiums for the competition.

🏃France’s preparation for the Euro

France finished first in its qualifying group for Euro 2020. A loss and a draw (both against Turkey) did not prevent France from qualifying for the competition.

Before the Euro, “Les Bleus” have been busy with the Nations League. Didier Deschamps has been able to test new players recently called up. Little bonus: France has qualified for the final four that will be organized next October. France will play against Belgium in the semi-final, as in 2018.

The French coach will have one last opportunity to test his players before May and the final list he will have to deliver. France will play three games for the 2022 World Cup qualifiers. Against Ukraine, Kazakhstan and Bosnia-Herzegovina, we should be able to see most of the team that will feature during the Euro. It will be an important time for everyone to show their qualities during important games.

It is hard not to mention Kylian Mbappé when talking about Euro 2020. Of course, he won’t be the only important player for France at Euro 2020 but he should be the key offensive player.

For his first participation in this competition, the Paris Saint-Germain forward will have to face big names such as Germany and Portugal.

Therefore, he won’t have much time to adjust and will have to hit the ground running. He is performing really well this season (already 26 goals and 9 assists in 33 games) and will come to the Euro with a lot more experience.

France will need a great Kylian Mbappé at Euro 2020. The player born in Bondy will be, without a doubt, up for this new challenge. 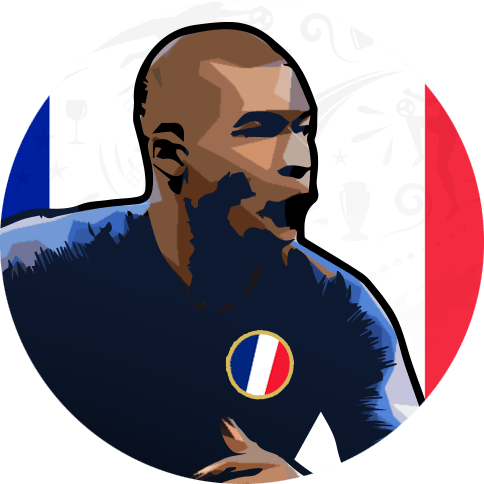 After a difficult first season in Barcelona, the French forward looks better this year. Even if Barca has been eliminated by PSG in the Champions League, Griezmann remains a key piece of the FCB and that’s even more true for France. He is THE leader of the national team. Rarely disappointing during international competitions, he will be one to follow. At 29 years old, the Blaugrana is mature and can handle a lot of responsibility. 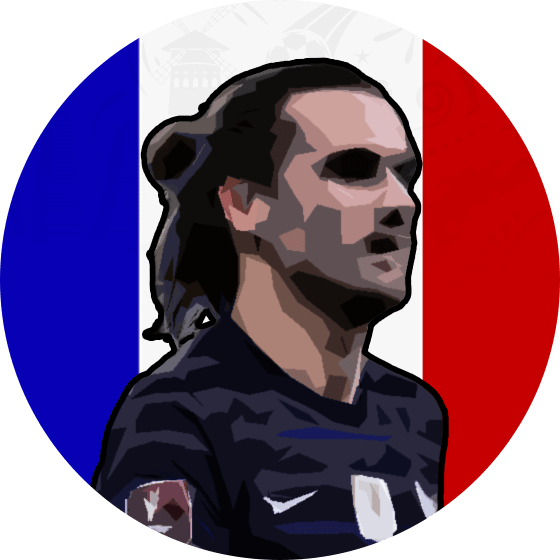 He also had the intelligence to let Kylian Mbappé shine and to adapt for the benefit of the French national team.

📚 Stats and history: the French team at the Euro

Created in 1960, Euro has a rich history. France’s history in the competition is glorious too. France was the first country to host the competition and is the one that has hosted it the most. Look back on 60 years of history with these statistics.

Les Bleus’ statistics at the Euro

France will be in the “death group” at Euro 2020. Against Germany, World Champion in 2014, Portugal, Euro winner in 2016, and Hungary, France will have to be at its best to end up in the first place.

Germany is ranked among the favourites for this tournament and should be a tough opponent for France.

European champion in 2016, Portugal is dreaming of keeping its title and has a group of players that can go far in this competition.

This team qualified through the playoffs. With a lot of young talent, these contenders should not be overlooked.