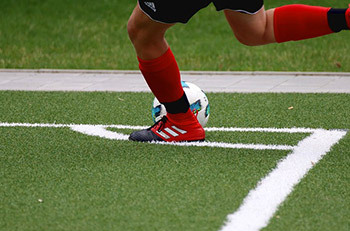 Whether you’re a disappointed spectator or an AirBnB owner, the postponement of Euro 2020 had everybody off balance for a split second. The unexpected turn of events left a lasting impact on many individuals and companies alike.

Not to mention UEFA itself.

The UEFA Champions League has an estimated financial loss of between €250 and €300 million. This deficit leaves a significant pitfall to resolve before the first match kicks off on 11 June 2021.

UEFA isn’t a large conglomerate with billionaire shareholders that can pull it through the ditch. It’s a non-profit organisation with most of the generated revenue flowing back to various leagues and clubs. This income is then utilised mostly as prize money.

A working group has been appointed and is tirelessly looking for solutions to mitigate this massive financial upset. In the meantime, plans are going ahead, and the official date for Euro 2021 is set for 11 June 2021 to 11 July 2021.

Another primary concern is that many of the Football Associations are now wavering their commitments to host games. According to the Daily Mail, both Spain and Italy’s FAs have severe doubts about whether they’ll still be able to host games at Bilbao and Rome as planned.

The Amsterdam Arena, Hampden Park in Scotland, and Ireland’s Aviva Stadium all have other lucrative events already scheduled for June/July 2021. England’s Football Association has shown a significant commitment to the European Championships. They’ve already cancelled other events for 2021 to host six matches as planned. Wembley Stadium is also set to host both semi-finals and the final.

But, what are the other effects of this postponement?

Thousands of spectators have already purchased tickets for Euro 2020 ranging from €30 up to €945 for the final. UEFA has promised all ticket holders that they’ll receive full refunds or date transfers.

Many UEFA fans have already forked out thousands for plane tickets, accommodation, and an array of other activities all paid in advance. The question is, how many can still make it for Euro 2021 if they don’t receive full refunds? There are so many uncertainties at this stage, with no real answers.

Airbnb hosts have surely taken significant losses with hordes of cancellations and guests demanding refunds. Hopefully, they can transfer the reservations to next year and still host the same guests. Fortunately, many of them immediately embraced the circumstances and started taking new bookings for Euro 2021.

Whichever way one looks at this turn of events, it’ll have a lasting effect on the European Championship. All football enthusiasts trust and are hopeful that the sporting spirit will overcome these obstacles in time for kick-off on 11 June 2021.