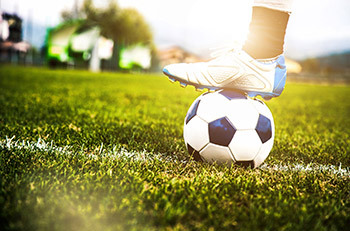 The pressure continues to mount on Spain head coach Luis Enrique as his side were held to another stalemate on Saturday night against Poland.

La Roja have won the European Championships on two previous occasions, but a goalless draw with Sweden followed by a 1-1 result against the Poles sees Spain occupy third place in Group E going into the final round of fixtures in the pool stages.

Saturday’s encounter with Poland in Seville saw Spain take the lead thanks to Juventus forward Alvaro Morata, before Bayern Munich star Robert Lewandowski opened his account for the tournament with the equaliser.

Enrique’s side were gifted a perfect opportunity to score the winner when Jakub Moder fouled Gerard Moreno in the box but the Spanish striker could only see his penalty effort hit the post, before Morata fired the rebound wide.

After dominating Sweden but failing to get the win, Enrique has admitted it was another frustrating night against Poland in Seville.

“We probably tried too hard and overdid things instead of creating clear-cut opportunities,” Enrique told reporters

“Missing the penalty was a pity because it was at an absolutely crucial moment. I thought we would be able to impose ourselves more – but we couldn’t.

“Perhaps we were the dominant team and if it was a boxing match, we would have won on points.”

All the focus now switches to Spain’s final game in the group, as they prepare to face Slovakia at the Estadio de La Cartuja on Wednesday.

Slovakia caused a major upset in their opening game of the tournament with a 2-1 win over Poland, and head coach Stefan Tarkovic’s side currently sit in second place in Group E after a 1-0 defeat to Sweden last time out.

Former Barcelona midfielder Enrique is still optimistic about topping the group but knows his side must improve, or run the risk of an unthinkable early exit from Euro 2020.

“A draw (against Poland) leaves us with the chance of winning the group if we beat Slovakia,” he added.

“It will be a crunch game and we need to win it if we want to get through.”

Spain look a far cry from the side that won the World Cup in South Africa in 2010, or the European Championships two years later.

The likes of keeper Iker Casillas, defender Gerard Pique, midfielders Xavi and Andres Iniesta, along with striker Fernando Torres have all seen their time with the national side come to an end.

Questions have also been raised about the absence of veteran defender Sergio Ramos, who is currently looking for a new club after his 16-season spell at Real Madrid was brought to an end this month.

This latest generation of Spain players are still finding their feet at international level, but they have underperformed at the European Championships so far, and have one chance left in the group stages for redemption.