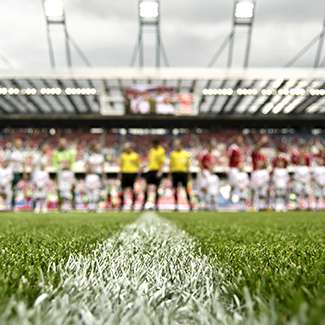 It’s been over 50 years since England won a major tournament. Still, the usual discussions of ‘will they, won’t they’ are starting up once again as next summers UEFA Euros loom ever closer.

An impressive victory over FIFA’s number one ranked team in the UEFA Nations League this week has added more fuel to the fire. England are now the bookmaker’s favourites for EURO 2020/2021 over the side they beat 2-1 midweek. After suffering that defeat, Belgium’s head coach Roberto Martinez and star midfielder Kevin De Bruyne both agreed that it’s time for the Three Lions to lift the trophy next summer.

So what’s changed in the England camp? Gareth Southgate is still without a doubt the most popular head coach they’ve seen for some time, but the question remains. Can he survive if the Three Lions don’t lift the Euro title next summer, and do they stand a chance?

Sure, the victory against Belgium looks impressive on paper. But those who observed the action unfold at Wembley Stadium on Wednesday night weren’t overjoyed with the performance. Solid, it was. Inspirational it wasn’t.

Of course, Southgate earned a lot of goodwill after the surprise run to the semi-final of the World Cup in Russia back in 2018. However, the English fans and media have notoriously short memories.

The most frustrating thing about following England throughout the years has been excellent performances followed by disappointing results. This, coupled with the distraction of off-the-field nonsense, has too often resulted in excess pressure on everyone involved.

Things have certainly changed for the better since Southgate took the helm. This England team have developed a knack for delivering an average performance and still getting a winning result. He’s also done a tremendous job of humanising the players and keeping expectations in check.

Even after this unexpected victory that leaves them sitting at the top of Group 2, ahead of Belgium, Denmark and Iceland, Southgate was quick to urge caution. Have no doubt; it’s a shrewd move that keeps the ruthless English media at bay. He does still need to find the perfect balance for the swathes of talent at his disposal, though.

So could this tactic be the difference at the Euro 2020/2021 tournament? It’s highly possible. Fans of the England national team are known to have unrealistic expectations when it comes to the biggest contests in world football. The key to the Three Lions winning something of significance once again might just be the way Southgate manages them and the media.

This team has so much talent coming through that anything less than the semi-finals would be a disaster. There are so many explosive young players that it’s starting to feel like a matter of time for England. Yet, you wouldn’t bet against Southgate swinging it into a positive if they do end up falling flat on their faces once again next summer.