Belgium face wait if they are to break major tournament duck 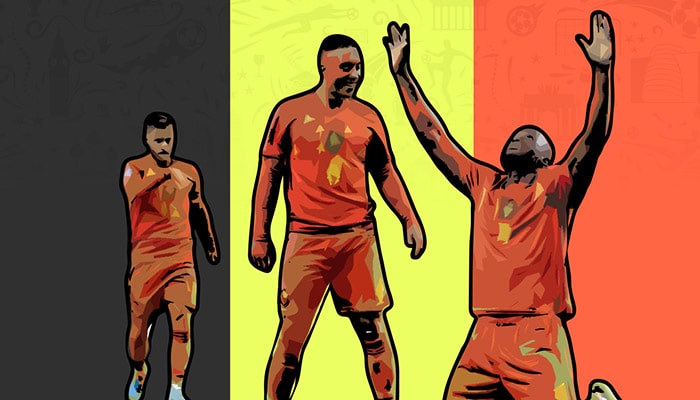 Roberto Martinez’ side are currently ranked number one in the world, a position they have held since September 2018, while they romped through European Championship qualifying, winning all 10 of their matches by an aggregate score of 40-3.

Indeed, the Red Devils have only lost one of their 17 matches since being eliminated from the 2018 World Cup, in agonising fashion at the semi-final stage by eventual champions France.

That is one of a number of near misses Belgium’s ‘Golden Generation’ have had over recent years, as they have reached at least the quarter-final stage of each of the last three major international tournaments.

Euro 2021 was being build as the current team’s last chance to steer Belgium to a first international title, with some core members of the squad being aged over 30.

Vincent Kompany, Toby Alderweireld, Jan Vertonghen and Axel Witsel all fall into that bracket and some, if not all, of those players may not be available or still performing at the required level in 12 months time.

It is certainly difficult for a country to maintain the high standards that Belgium have produced for the best part of two years and there is a possibility that the Red Devils could have past their peak in general, by the summer of 2021.

That’s not to say that they wouldn’t still be a force at the Euros and one positive that may come from the delay is a return to form and fitness of Eden Hazard.

Hazard secured his dream move to Real Madrid from Chelsea last summer for a reported €100million, but things are yet to work out for the 29-year-old in Spain, as injuries have limited him to just one goal in 15 appearances across all competitions.

The former Lille star is currently recovering from a fractured ankle, his second serious injury of the season, and had the Euros gone ahead this summer then he would have faced a race against time just to be ready to feature.

In 12 months time, Hazard could be fit and firing for Real Madrid and that will only be a benefit to Belgium ahead of the Euros.

Regardless of when the tournament is played, Belgium will certainly expect to easily advance through a group that contains major tournament debutants Finland, as well as Denmark and Russia – the latter were a team the Red Devils beat home and away during qualifying.

The question is….will Belgium still be a force heading into the Euros next summer, or will they ultimately go down as a generation that were never destined to taste international glory together?

UEFA's announcement that Euro 2021 has been delayed for 12 months may have a negative impact on Belgium's chances of winning a major international tournament for the very first time.